Tag Archives: Should a summer internship secure a permanent position?

Should a summer internship secure a permanent position?

A new video clip was uploaded this week about “The real Google interns’ first week” which is nicely timed as the “The Internship” movie is released this weekend.

Follow five real interns during their first week as Nooglers. Peek inside Google’s Mountain View, California campus. Find out about some of the cool things interns are doing this summer. Hear how they’re trying to have an impact on the world.

The air in Mountain View must be special for the Google Interns to come up with these classic sound bites: 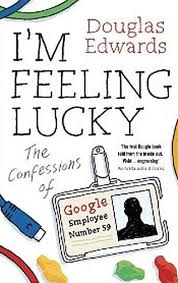 “Douglas Edwards was “Google’s word guy” between 1999 and 2005, responsible for official text and branding. A former journalist with a literature degree, he portrays himself as a rather bemused outsider, indulges in a lot of retrospective office-politics point-scoring.” Steven Poole – The Guardian

A Noogler is a new Google employee and the term was coined by Doug Edwards.

For his internship, he wanted to test himself in a large company, and a position at giant online retailer Amazon.com fit the bill. He discovered that his experience and the knowledge he had picked up in the program made for a good fit at Amazon, where he plans to return after graduation.

So what is the arrangement?  An intern gains supervised practical job experience and effectively has an opportunity to “try out the role” before making a job commitment.

Taking this path is a realistic option for those that have the “Bank of Mum and Dad” providing financial support as these roles are typically unpaid.

To what extent should an intern choose a Multi National Company like Google, Amazon versus a small start-up with better opportunities to secure future jobs?

On a different tack, the last time I saw anything like the colourful Noogler caps was years ago in a Conference Room Pilot which is effectively a walkthrough of one or more client SAP Business Processes where participants wear different coloured caps to signify their specific roles. I thought the concept was CR(a)P at the time.

So you have been waiting patiently. Here is “The Internships” official trailer

“Billy (Vince Vaughn) and Nick (Owen Wilson) are salesmen whose careers have been torpedoed by the digital world. Trying to prove they are not obsolete, they defy the odds by talking their way into a coveted internship at Google, along with a battalion of brilliant college students. But, gaining entrance to this utopia is only half the battle. Now they must compete with a group of the nation’s most elite, tech-savvy geniuses to prove that necessity really is the mother of re-invention”.